The British Bathroom industry bestowed the Lifetime Achievement Award on 89 year old Maurice Mosley at the BKU Awards, an annual awards ceremony which celebrates the best of the Kitchen & Bathroom industries. This special award is only open to those individuals who have served the industry for more than 20 years and have played a significant role in it’s success.

Having founded Trojan in 1975, Maurice Mosley has weathered many storms, from national recessions to factory fires yet remains resolute in his desire to produce top quality baths, that are affordable but most of all, manufactured in the UK,

“From the very beginning I knew I wanted to retain manufacturing here in Yorkshire – I want to employ people from the local community, give them the training to consistently produce a top quality product and continually invest so that we can offer fairly priced goods for a wide range of customers, both at home and around the world”.

Born in Huddersfield, West Yorkshire, Maurice left school at the age of 14 working serving as an apprentice pattern maker before finding himself working in the contract plumbing industry with the Grahams Group. With itchy feet Maurice left his job with Grahams and set up a small builder’s merchant called Central Building Supplies. A bad deal on the purchase of 400 baths had a devastating effect on a supply contract for a house builder and the end result was an 80% recovery of debt, the closing of Central Building Supplies as a business and the bank forcing the sale of the Mosley family home to recover their losses. Maurice vowed there and then to make his own baths and never put himself in that position again.

Finding some cheap rent on the top floor of a multi-storey mill with a hoist to bring raw materials in and finished product out of the building, Trojan was born and made its first bath in in 1975.

By 1978 the average output was around 150 baths a week. The early years were not without their difficulties. A huge fire in 1978 raised everything to the ground and resulted in Maurice being arrested on suspicion of arson. It was only when it came to light that there was no insurance did the police offer Maurice a cup of tea, a biscuit and a sincere apology. The arsonist was later caught.

Historically Trojan have been continually underestimated by their competitors but Maurice lives by the saying, “it’s not the size of the dog in the fight it’s the size of the fight in the dog”. Today Trojan employs 170 people over three sites in Huddersfield and are one of the largest and most respected bath manufacturers in Europe; an industry brand that people respect, trust and admire.

From a small acorn a mighty oak has grown and current Managing Director, David Mosley is confident of the future of the business,

“We remain busy and continue to support jobs and in turn the local economy. The market remains challenging and we cannot take anything for granted. We continue to invest above our levels of deprecation in new plant, equipment and people to continue the great legacy that my father has created. At almost 90 years old, Dad still comes into the office every day and has an opinion on everything too – he is a true inspiration and we are thrilled that his hard work and dedication to the bathroom industry has been recognised in such a public way”. 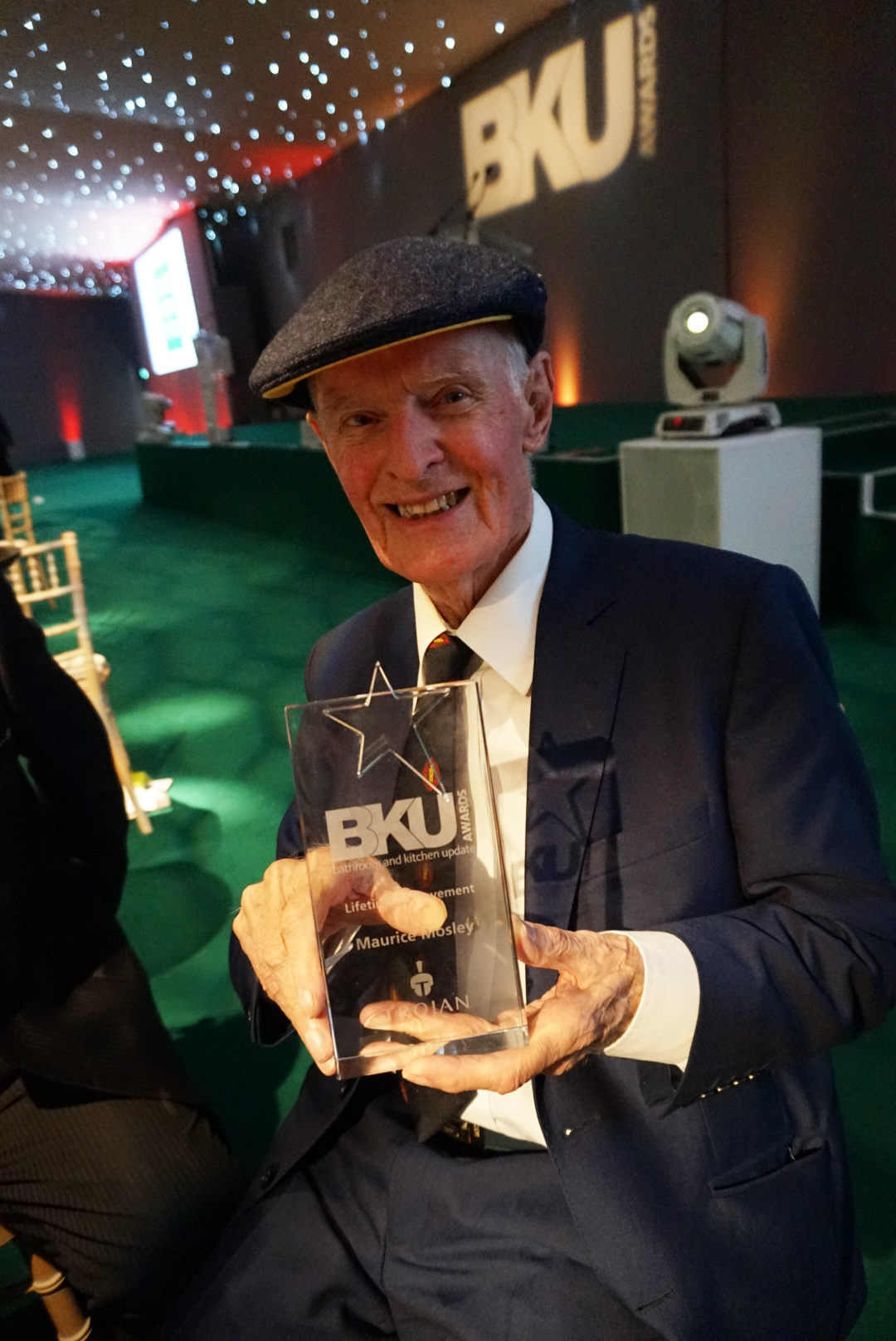